The first one is a general installation for people on the street. In the north tower of the Eglise du Gesù church, loudspeakers will diffuse the sound of the bell chimes at every hour. Installing an invisible bell tower where there usually is none arouses the curiosity of the people walking by on two levels. First, they notice “bells” that they have never heard before. And, a few days later, they discover that there are not only « new bells » but also a plethora of sounds from far-away cultures.

At all times, bells have been used at special occasions (religious holidays, fire, mourning, …). Bells are part of the special soundscape of cities and expressions of their diverse cultures. This installation presents recordings of a wide range of different cultures that have been captured all around the world. The installation outside the church aims at creating a bridge to other places, including all the questions connected to the encounter with foreign lands and the unfamiliar.


The second installation uses the large space of the nave of the Eglise du Gesù church. Here numerous loudspeakers have been arranged. You can hear voices speaking and singing dialogues. These voices, which were recorded on several continents, invite us to an intercultural journey. We follow them on their itineraries, and in their prayers, chants, arguments, and conversations.


The third installation has a more individual character. In a confessional, the artist has set up two “interactive“ spaces with microphones. Visitors can enter the confessional like a devout person coming to confess. In the confessional, you hear the voices of different religions and cultures. Then, when you speak into one of the microphones, you will hear your own voice transforming and mixing with the “pre-composed voices”.

This interactive part of the installation invites visitors to enter an imaginary dialogue, and, through the microphone, share with others what they are hearing.


« …Those who have reservations (or, for that matter, are allergic) towards this type of music that is so necessary for this century and so burning with contemporary vision… must absolutely go and hear Tutschku perform. You will discover a different way of thinking and making acousmatic music. Tutschku starts by creating a space pocket… The perspective speaks, the silence is eloquent, the gesture and the composition turn out to be omnipotent in conveying sense... »
LE DEVOIR 2001, F. Tousignant. 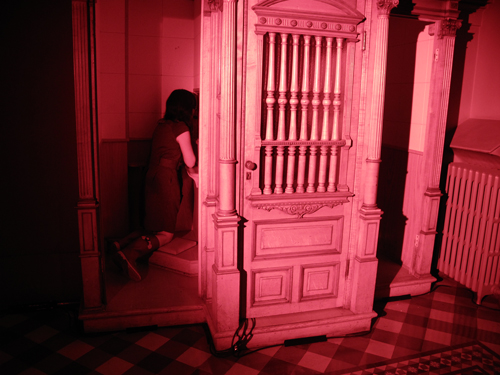 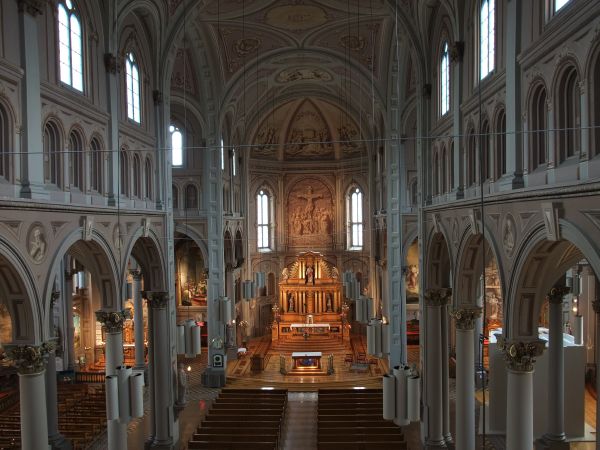